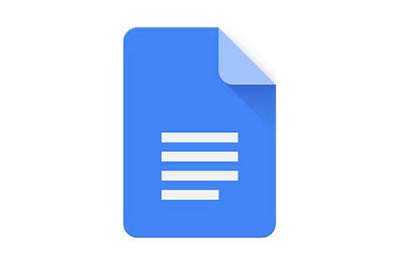 Willing to know how to add line numbers in Google Docs? If so, you’re in the right place! There’s no doubt that Microsoft Office is a one-stop solution for all of your professional needs. Whether it be Word documents, Excel spreadsheets, or PowerPoint presentations, best believe that this Office suite will have you covered.

With that said, it does have its downfalls too. It is not very affordable to purchase, and you have to install it on your computer so you can use it.

Although there is software available such as LibreOffice, which won’t cost you a penny, you still won’t be able to create documents without installing it. If that’s an issue for you, you should take a look at Google Docs.

With this web-based word processor, you will be able to create documents on-the-go and collaborate with other authors/editors as well. Although its user interface isn’t that different from MS Word, you can still have a hard time finding a feature or two.

If you aren’t figuring out how to add line numbers in Google Docs, worry no more. Today, we are going to be telling you guys all about making numbered lists in Google Docs.

How to add line numbers in Google Docs

If you’ve had a look at any professional document, you might have noticed that they’ll have at least one numbered list. The reason behind it is that numbered lists help make your documents look more organized. This way, readers would find it easier to go through text.

If you want your document to be even easier-to-read, then perhaps you can try adding a table of contents as well. However, you’d have to learn how to add line numbers for that. So, if you’re finding this feature handy, then let’s see how to use it.

One of the best features of Google Docs is that you can use it on both your PC and your mobile phone. Regardless of the device, this application is sure to offer you all the formatting features you’ll need.

When you’re on your computer, you can open Google Docs in two ways. The first option is to visit its official website and click on “Blank” to open a new document.

Moreover, if you’re using the Google Chrome browser, you just have to click on the “Apps” button in the Bookmarks tab where you’ll find the Docs web extension.

Regardless of how you’re using Google Docs, you can create line numbers with the following steps: If you buy an Android phone, chances are that it will have Google Docs as a default application. Thanks to that, you won’t have to head to the Google Play Store to install it. So, without further ado, let’s see how you can add numbered lists in Docs with your phone or tablet: It’s no secret that Google Docs has been gathering quite a lot of popularity as of late. And, why shouldn’t it? After all, it provides users with some features that you won’t even find in Microsoft Office.

With this, our article comes to an end, and we really hope that you can now easily create numbered lists in Google Docs. Lastly, we’d like to mention that we haven’t used any 3rd party extensions for creating numbered lists as they could turn to be a bit unreliable.