If you are a gay man and you have been using Grindr for some time, chances are that you’ve come across the “BB” acronym. But what is the BB meaning on Grindr or in another gay dating app?

Regardless of sexual orientation, online dating apps were already popular long before the pandemic, however, multiple lockdowns caused them to boom.

These applications are turning into a primary method for dating in the modern era, and a lot of people are using them to establish long-term connections but also to have fun in an occasional hookup.

You’ll find a lot of potential partners in those apps, and maybe you’ll discover the right one, regardless of whether you are looking for a date or just a casual encounter.

The world of online dating is full of abbreviations, and with so many popular ones, it is easy to get lost when receiving a text message. The “BB” acronym is among the most commonly used.

What is the BB meaning on Grindr?

Nowadays, the term is also often used by straight couples to describe vaginal penetration without protection. Lots of people say they hate the feeling of wearing condoms. They argue that the act of penetration feels better and more enjoyable without condoms.

There are also people stating that it makes them feel emotionally and physically more connected to their partner – it makes sex more intense and pure. Others just enjoy the fact that it is “taboo”, and going through the danger of getting STIs works like a fetish, a turn-on.

Nowadays, HIV is losing a lot of the negative perception the disease used to carry decades ago, which can be worrying. It has become less stigmatized. The truth is there is a great offer of effective antiretroviral medication which is doing a lot to stop the side effects of the disease and also to get rid of the stigma.

Not so long ago, during the 1980s, we came to believe that getting infected with HIV was the worst thing that could happen to any one of us – even worse than cancer. 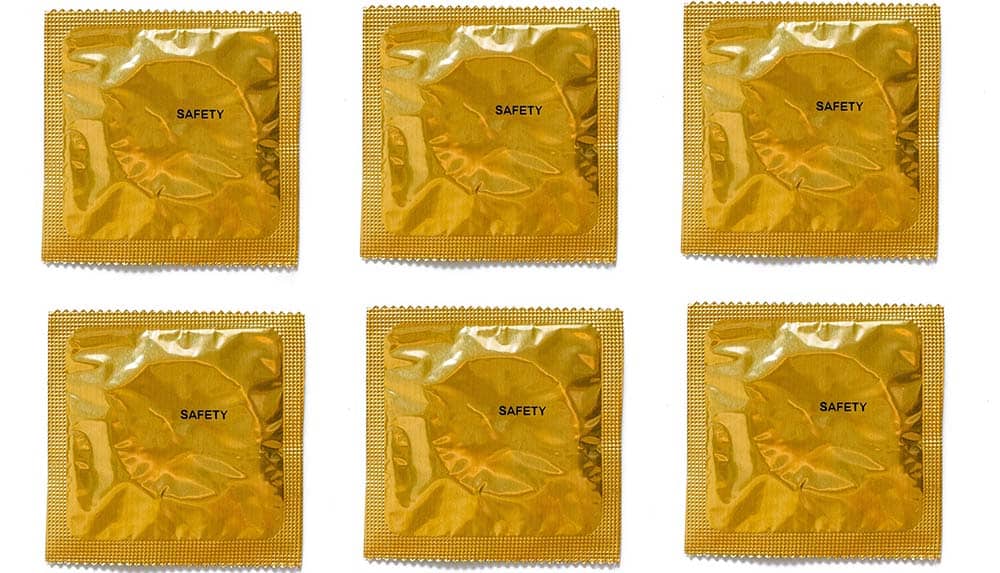 That type of sexual contact carries on a higher risk of transmission of STIs. That’s easy to explain as the lining of the anus is thin and can easily be damaged, which makes it more vulnerable to infection. You may also consider taking PrEP (Pre-Exposure Prophylaxis). It is a medicine developed to drastically reduce the risk of getting HIV if you’re exposed to the virus.

PrEP is highly effective when taken as indicated. Studies have proven that taking it on a daily basis decreases the likelihood of acquiring HIV through sex by about 99%.

Despite being a safe medicine, some people experience mild side effects like nausea, headache, diarrhea, stomach pain, and general fatigue. These side effects go away over time in most individuals. No significant health effects have been found in individuals who are HIV-negative and have taken PrEP for up to 5 years.

Bear in mind that you will need to start taking PrEP for 7 days before you are effectively protected. And after that, every day for as long as you want this kind of protection. Nowadays, slang and acronyms are used all over the web when texting with other people and in chat forums. If you are new to online dating applications, all of those terms may seem complicated to understand when you’re in a conversation.